WHAT IS THE HERMETICA?

The Hermetica is a spark-notes version of the massive Corpus Hermeticum, a collection of ancient texts on divine wisdom, alchemy, and magic. Hermes Trismegistus, meaning “Thrice Great,” is the author. He’s more mythical than real, a combination of the gods Hermes and Thoth.

According to authors Peter Gandy and Timothy Freke, Hermeticism has inspired many notable figures including William Shakespeare, John Dee, and Plato. Pythagoras studied its teachings in Egypt for 22 years.

Gandy and Freke hinted former Catholic priest Giordano Bruno was executed not only for his scientific beliefs but his Hermetic associations.

Hermeticism had its rise and fall in history. It gained popularity during Egypt’s Ptolemaic era only to be taken underground during the Dark Ages. Once again, it became a trend during the Italian Renaissance amongst many scholars, artists, writers, and philosophers. Eventually, the Roman Catholic church attempted to snuff it out like a light.

What’s the big deal? Was it a serious threat to the Church?

Once you read The Hermetica, you’ll understand this book reminds readers of their inherited infinite power.

What I loved about The Hermetica is its relations to the law of attraction.

For those who don’t know, the law of attraction is the belief your thoughts create your reality. More than likely, you have heard Oprah raving about it with The Secret. I read the book a while back. How did it influence me to read The Hermetica?

In The Secret movie, a man buries a curious set of green tablets, referring to Thoth’s Emerald Tablets. This introduced me to The Kybalion which later brought to requesting The Hermetica as a Christmas gift.

Perhaps the Church didn’t want people to know they might have the same powers as God (or Atum as referred in The Hermetica).

According to The Hermetica, thoughts come first before anything else. We can create anything from our thoughts. Since we are part of God, we have the same powers of him, but on a smaller scale.

“The human mind is an image of the Supreme Mind. Through the power of the imagination, it can roam the universe and be, like God, in all things and places.” 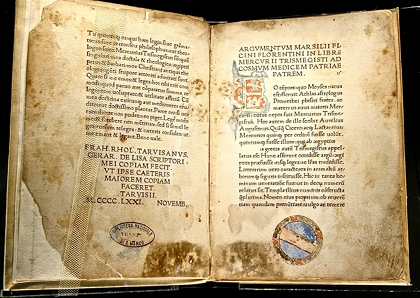 I’m inspired to read the entire Corpus Hermeticum after reading The Hermetica. I must find more information on Giodarno Bruno’s connection with Hermeticism. Frances Yates’ Giordano Bruno and the Hermetic Tradition seems like a good start.

Comment below if you read The Hermetica. What do you think of it? Any related recommendations? 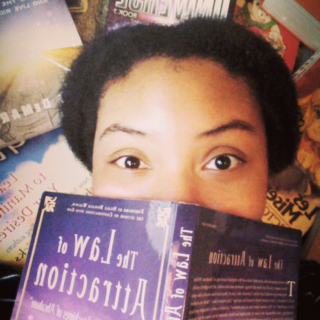